I was so blessed to be sponsored to speak at and build a prayer room for the Women of Faith and Excellence Retreat and Safari In Kenya a few months ago. Spending time in Africa was life changing and I fell completely in love with Africa. To see such happiness yet such poverty, such beauty yet such brokenness is heart wrenching. Africa is different to other places. Very different.
Masai Mara is

Africa's greatest wildlife reserve and as we climbed up the escarpment we looked out over the plains scattered with thousands of wildebeest. The animals were waiting to migrate to the Serengeti when the rains came. But the rains had not come! The roads were sadly littered with the bodies of the dead cows from the nomadic Masai who had trekked up to 300 miles looking for grass to feed their livelihood. The Mara was very dry and the cows were very skinny, even the wild animals looked hungry, except the lions!

back to the Masai community. We were welcomed into a community Boma and gave out soap, toothbrushes and clothes. We ran some health clinics and donated bibles, mosquito nets and washable pads. I have mentioned before these incredible life changing gifts to girls so they don't have to miss school and drop out. While we were there we helped Iris paint a clinic with bright animals and helped out some of the local schools. At the Olopikidong'oe Masai village school two girls shared with me how scared they were and asked me if there was female circumcision in Australia. I said 'no' but I knew that some people in western countries still performed it on their young girls illegally because of these traditions. 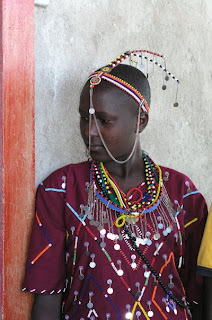 munities Female Genital Mutilation (FGM) takes different forms and is highly painful, unhygienic and causes problems for them for the rest of their lives as well as for their husbands and marriage. The girls were scared to go home during the cold December break as this is the time when most girls (12-14) are circumcised and a few weeks later married off for a dowry because the parents can not afford school or to keep girls around. I realized that for all the girls in this area it was an issue they had to learn about from a young age. The school does an incredible job in empowering them and they performed for some poems about how proud they were to be Masai. Poems on Youtube: The Story of the Masai and Masai Girl.

Two of the girls Trelline and Jane, wrote and recited this poem.


We have been doomed, doomed, doomed and indicated that our work is -
One - taking care of animals
Two - looking after young kids
Three - hooking milk and
Four - fetching water and firewood
Back at home parents take us as investment making us to suffer and boys too benefit.
We rebuke this idea and say YES WE CAN.
Now in our offices we lead, lead and others follows? Why?
Professors and doctors - ah 100%, teachers and pilots - ah 100%, engineers and trainers - ah 100%
We now rebuke, rebuke and rebuke
One - female circumcision
Two - unequal opportunity
Three - early marriages
We now say when the going gets tough - the tough get going.
Bravo, girl, bravo. 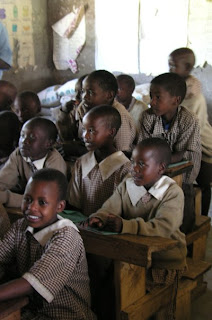 The girls are taught they can say 'no' and some are brave enough to run away if they are forced. Some of the girls are needing sponsorship to stay in school so they avoid circumcision and early marriage. When they return home they are warmly welcomed and their families are proud they have received an education and encourage other girls to be like them. It is sad to see beautiful traditions in unique cultures slowly change due to the influence of the western world around them but luckily the Masai have resisted and retained much of their original cultural ways. The good thing is a negative tradition like FGM can be changed in a healthy way that improves the lives of everyone in the village.

This tradition started in the not too distant past - by Muslim men possibly, who wanted to keep their wives faithful while they went to war and it then spread throughout parts of Africa. Yet why is FGM now encouraged to continue and performed by women? Because wome 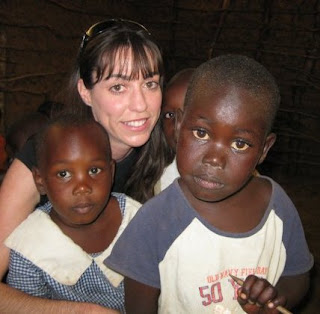 n in Africa do most of the work - they build the houses, get firewood and water, care for the house, cook and care for children. They find little else in their lives they are able to control. The answer lies with the empowerment of women so they can make better decisions for their lives and their families. It is a wonderful opportunity for the churches to become places of healing, teaching and empowerment especially for the women. Yet there are some churches in Africa where FGM is not talked about and even some pastors are giving in to the cultural norms and sending their girls out to be circumcised. Circumcision for girls can also be seen as a spiritual attack by the enemy to attempt to destroy lives, physical and emotional health and marriage, the beautiful symbol of God's love. 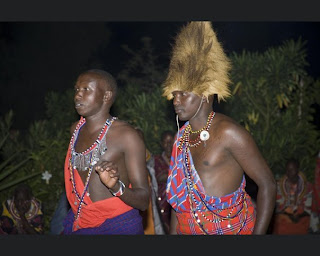 tions can certainly be changed with the beauty of their culture staying in tact so their identities still remain strong. God celebrates each unique culture, and they in turn worship and glorify God in their own unique way. Churches have changed culture and traditions for years; this is both a blessing and a tragedy. People are transformed when they decide to follow Jesus and are filled with the Holy Spirit. Yet they still glorify God with their culture. We must be very careful how we as missionaries start to influence and change people's traditions and culture. For centuries we have devastated cultures through either our ignorance or ethnnocentricity. Are we replacing their old traditions with our (just as old) western traditions like wearing suits and ties and singing 18th Century English hymns? Imagine if we told the Masai to stop dancing and to stop wearing beads? What a tragedy. Here is a short video of Masai Church. It brings both sadness to me and joy that they still worship with the beauty of their culture yet you can see the influence of western church practices that are not necessarily even biblical. An interesting discussion raised in the book I am writing on discipleship speaks to the question of what church should look like in different communities around the world. 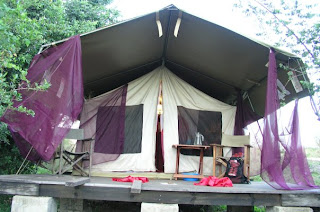 is a beautiful camp where you live in tents and are surrounded each night by wild animals and a gazillion stars while being protected from the lions, elephants and leopards who wander through camp by a Masai Moran Warrior. Some mornings I would watch the sunrise down over the Mara from the porch of the 24-7 Prayer Room. The tent was surrounded by zebras, wildebeest, antelope grazing and monkeys playing. The prayer room was based on the illustration of the Blood Covenant to reveal the love of God for us from the Old Covenant to the New Covenant. Livingstone first described the African Tribal Blood Covenant as never being broken (it was an agreement for life) and is almost identical to the Hebrew Blood Covenant as found between David and Jonathan and Abraham and God. The prayer room showed how the marriage vows/covenant of today is symbolically identical to the African and Hebrew Blood Covenants. When we believe in the New Covenant which is symbolized by the marriage of Christ to the church it reveals the incredible love God has for us because he will never break this covenant. The benefits of agreeing/believing in this covenant are incredible and the promises are profound. For more information visit my website www.BlissfulMinistries.com.

I danced with the Masai, kissed a giraffe, 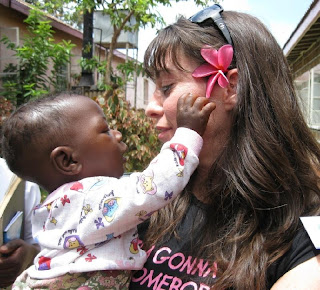 visited an elephant orphanage, crossed the equator at an altitude of 9100 chilly feet, saw and learned about Africa's largest slum Kibera and visited Kendu Hosptial where I fell in love with baby Douglas who is HIV+ but hopefully in two years with the right nutrition will be HIV-. We spent a day in Lake Nakuru National Reserve where we saw rare Rothschild's giraffe, white rhinos and flamingos. Then off to spend time with the kids at Mary and Ivan Budilica's Mission in Action orphanage. It was so beautiful to hear as we put them to bed 'can you please pray with me' and 'me too', 'me too'. I had the opportunity to preach at Maxwell Academy in Nairobi on Hearing the Voice of God and inspired them to build a permanent prayer room in the girls dormitory which they love.
Unforgettable. 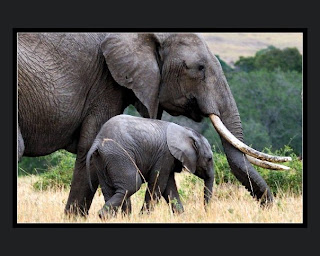 If you would like to donate to any of the above causes please email me.

If you would like to see 1st album pictures of the trip to schools and hospital in Kenya or pictures of the 2nd album 24-7 Prayer Room, Art of Kenya, and the Animals on Safari click here.


Please Pray:
Nicki has just been interviewed on a worldwide radio s 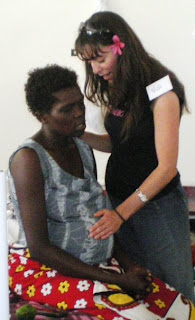 tation called Crossroads (www.3abnradio.org) It will be scheduled at various times in the coming months. It is an hour long! Please pray people will be listening, challenged and inspired! She is talking about prayer rooms, hearing God's voice, her Africa experiences and discipleship.

Nicki is also needing to raise support for 2010. She continues to live her life as a disciple, listening to God's voice and following him to the ends of the earth sharing the gospel and setting people free through prayer and the power of the Holy Spirit. She needs the help of the Body of Christ to do this as she lives only on donations. If you would like to donate with direct deposit or send a check please visit her website at www.BlissfulMinistries.com

She is currently writing a book titled: A Pocket Guide for Travelers - Everything I Wished I Knew Before My First Mission Trip. It mixes travel tips and cultural awareness with discipleship guides. It challenges the way mission trips are currently done and calls for Biblical discipleship to be the way we evangelize and do missions overseas. Please pray for wisdom and discernment as she writes.

I look forward to the coming adventures of 2010 and I pray you do too! Have a life changing year, drawing closer to God every day, listening to his voice and being abundantly blessed by a God who adores you.
Nicki Carleton
I Believe!
Posted by Nicki Carleton at 6:11 PM No comments: